Read all information about BOURGINI's Starmakers 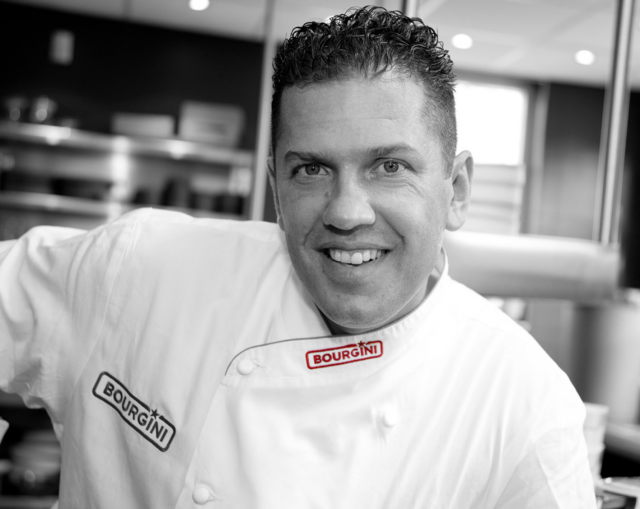 Jacob Jan Boerma is one of the Starmakers of the Bourgini brand. He knows as a three-star chef like no other how you can cook the stars of heaven.
Boerma: "I believe in Bourgini's products and would like to show everyone how you can quickly and easily prepare a star dish at home with the Multi Plate Deluxe."

Jacob Jan Boerma became fascinated with cooking and good food at a young age. "Cooking is passion and you do that with feeling," is his motto.
He taught cooking at renowned restaurants such as De Bokkedoorns (Overveen), Scholteshof (Steevoort) and Het Laurierblad (Berlare) in Belgium, De Duinrand (Drunen), Kaatje bij de Sluis (Blokzijl) and De Nederlanden (Vreeland). In the summer of 2002, Boerma and his partner, hostess and sommelier Kim Veldman, started restaurant De Leest in an old shoe factory on the edge of the Veluwe.

Within one and a half years, Michelin awarded the restaurant with a star and in 2006 the second star followed. Boerma has since become a member of the culinary partnership, Les Patrons Cuisiniers. In October 2013 he passed the Master's test SVH Meesterkok on a unique location: the private beach of the 2-star restaurant Vila Joya in Portugal. At the end of November 2013, his childhood dream came true and restaurant De Leest received the coveted third star of Michelin.

Boerma, together with Sacha de Boer, released the highly successful cookbook 'Down to Earth' (October 2013) with recipes from the SVH Master Chef, illustrated by her photographs. In October 2014 the sequel of this book, 'Back to Basics', can be found in stores.